* In case of any delay in receiving the OTP, you may verify it later. Please proceed without verification.

Enter your City name or Pincode

Umerkote is a town, that is also popular with the name 'Umarkot' and sometimes it's also called as 'Amarkot'. This town comes under the district of Nabarangpur district in the State of Odisha is also a municipality. Umerkote is a prominent business place of the Nabarangpur District. 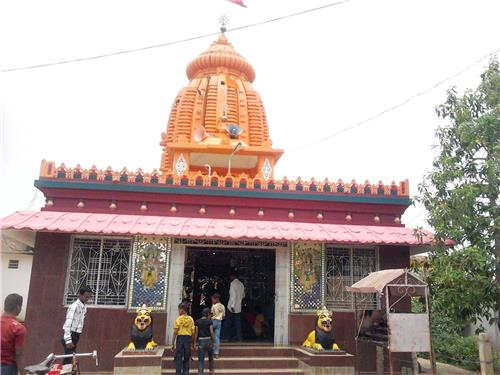 Sri Ram Temple, Umerkote
Umerkote is situated in the north corner of Nabarangpur district as well as at the administrative borders of the Chhattisgarh(West). This town is just 62 kms (39 miles) away from the district headquarters, and lies at a left side of the National Highway-201 (Papadahandi), till the Raipur that connects to the Umerkote. The region includes the small temple of the Goddess 'Pendrahandiani', a savior of the people of Umerkote. As of 2011 India census, Umerkote had a population of 27,864. males constituted 51% of the population and females 49%.

The town of Umerkote is a kind of plateau that belongs to the Kondan Range, and lies at the center of the Eastern Ghats in the form of terrain. And the average altitude of Umerkote is approximately 620 meters above the sea level. You can find the small hills as well as mountains that cover the place. The city provides loads of repeated water sources like the streams and ponds. Even tourists can move to the Bhaskel Minor Irrigation Project, that is just 9 kms from the town of Umerkote. While the out-stream of Bhaskel, flows over by the town, that produces many vegetables and pulses all over the year. The climate in this city of Umerkote is normal, with an average annual rainfall of 35.0 inches. During summers, the temperature raises to a maximum of 45°C, and winters are said to be mild with a minimum of 6°C.

Several types of cuisines are prepared by the people of Umerkote. The food is cooked with very less oil and with too less spicy ingredients. Rice is a normal food items that is prepared along with the mustard oil. While, Yoghurt and Chhena (cheese), as well as the Pakhala, the Palau, Khechadi, Kanika are served here. Also, the dals and curries such as the dalma, santula, including the khattas and chutneys like the dahi baigana, the khajuri khatta is served. Even Non-Vegetarian food like the machha charchari, kankada jhola, as well as the chicken and chevon such as manso tarkari, etc. are prepared.


Business and Economy in Umerkote

The main business and economy of Umerkote is the agriculture. While the main occupation is the production of maize and paddy. The surroundings of the city grows maize, and it is the main transportation hub of maize during the post-rain seasons. Along with maize, even certain forest products are sold here such as Sal seed, as well as the Kendu Leaf, and so on. Also, vegetables are exported to the other countries. Making agriculture as a main business, several business activities like trading fertilizers and pesticides are done here, including the garments and retail trading. Weekly markets are actually very well organized in nearby city, especially during the fixed weekdays. This city of Umerkote has become one among the giant producer of maize crop in the entire Odisha.

All the festivals of Odisha is celebrated in Umerkote . One can participate in the festivals of Dushera, Ganesh Chaturti, as well as the Rath Yatra, Kalisi Yatra and few comparable festivals of Umerkote. There are some other traditional festivals such as Holi, Biswakarma Pooja, as well as Deepavali and Gajalaxmi are immensely celebrated. Apart from these, tribal festivals like Mondei, Chaiti Parab and Kalashi yatra are celebrated with the uniqueness by tribal people as a means of sharing happiness of their fruitful harvest. The harvest festivals are celebrated every year, especially during the month of November.

The town has been expanded with fully operational government services, that consists of many services like the Panchayat Samiti, as well as the police station and post office, the tehasil office including services like the filling stations, the Indane gas filling stations, also one can find the three cashew factories. There are even some other industries and mills like cattle feed industry, also comprises of the four to five rice mills, and some other services such as the BSNL telephone exchange, water supply office, and other different offices are also found there.

Umerkote is connected to almost all the major cities of the Odisha, as well as other states like Andhra Pradesh as well as Chhattisgarh can be reached by Road. Even there are no Railways that connects to the town directly. But, the city of Umerkote consists of several buses that connects the city of Bhubaneswar, Visakhapatnam, as well as Vizianagaram, the Berhampur and Cuttack, Raipur and others.There are also many private buses both A/C and non A/C connects to different cities like Bhubaneshwar, Bolangir, Berhampur, and other buses. There are also some nearest Railway Stations, such as Jeypore that is 106 kilometers, and Raipur which is 285 kms, as well as the Jagdalpur city that is established within 85 kilometres from Umerkote. You can even find the closest airports which lies at Visakhapatnam within few kms (approximately 320 kms), etc.

Comments / Discussion Board - About Umerkote